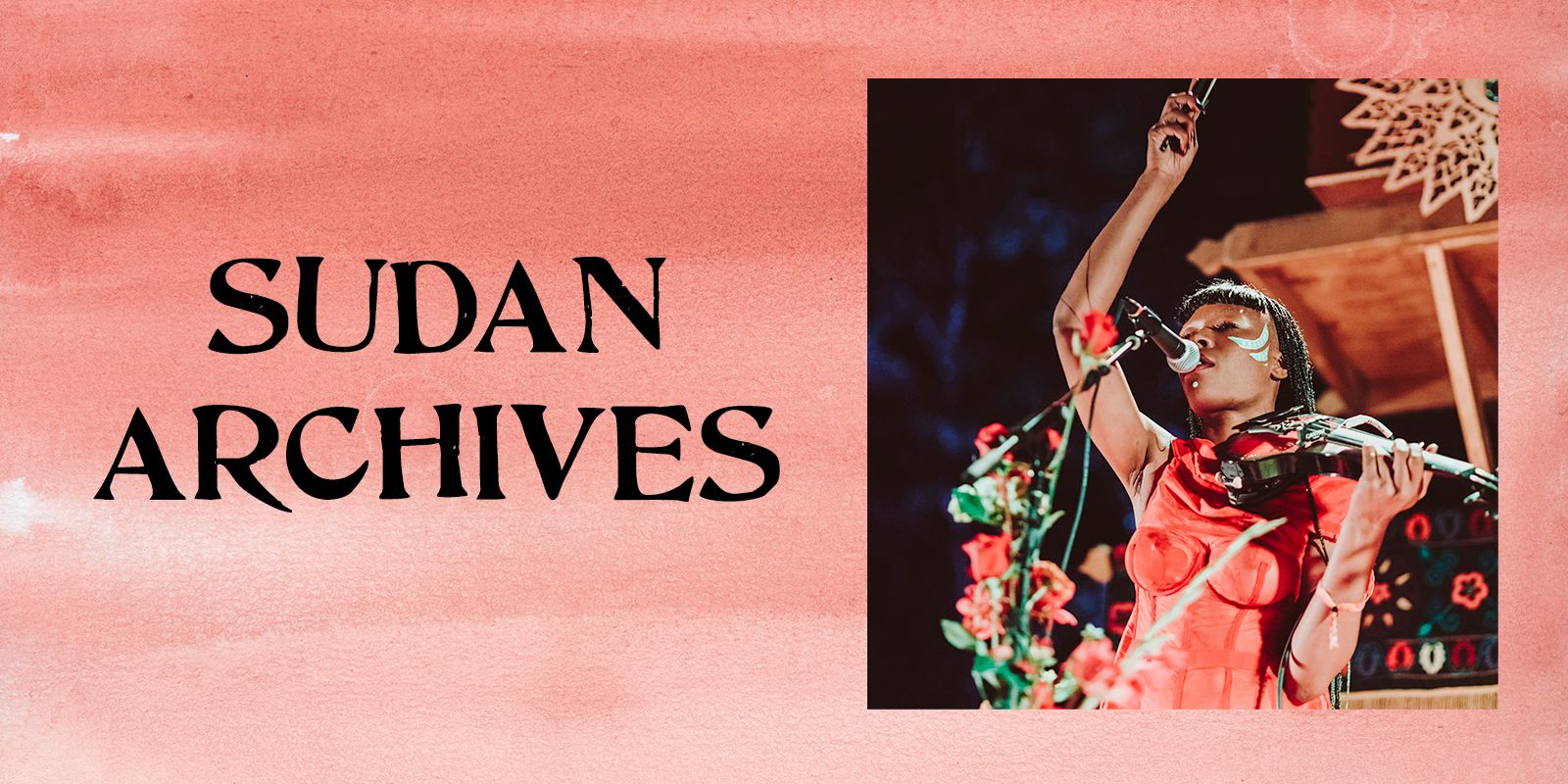 "Some of the most viscerally gorgeous music put to record."

A mesmerizing emulsion of loops, vocals, and beats inspired by jellyfish, by a sign on a Ghana hillside, Irish jigs, Icelandic moss, fluidity, and, of course, Sudanese music, her transmissions are truly post-genre.

“She has already earned a place among boundary-defying R&B innovators like FKA twigs, Frank Ocean, Solange, SZA, Kelela, Sampha and H.E.R. They have been turning R&B into an elastic, futuristic realm where fantasy and self-revelation, otherworldly electronics and real-world musicianship are constantly recombining.” – The New York Times

The grooves and the soulfulness will move you, but the deep dedication to musicianship is just as compelling. Plucking violin strings, influences that range from her own lived experiences to Czech violinists to Drake, Soulja Boy and beyond, Sudan Archives is a literal genius whose live shows exemplify her commitment to freedom:

”I realised that life isn’t just about waking up, getting a job and having a family. It could be about that, for sure, because that is beautiful too, but it can also be about making your own business and maybe even changing peoples’ ideas or helping people break free from whatever might be holding them back.

“I like to imagine a scientist could be listening to my music and then invent something, come up with some equation because my music set the mood for it. And that is freedom to me—feeling able to have, nurture and further ideas, your own and others’.” – indie-mag.com

“Home Maker” was named a Best New Track by Pitchfork, and was called

“her most approachable yet,

that makes her music

Still in her 20’s, Sudan Archives narrowly avoided becoming a pop star, having first been oriented down that path. Her relentless devotion to her own curiosities and an abiding willingness to step into the unknown has given the world a soundtrack for a truly visionary future, now.

Always a massive hit at Beloved Festival, our audience will be thrilled to experience Sudan Archives as a headliner in our upcoming Emergence show on June 4th with Dirtwire and Witch Prophet at The North Warehouse.

GET TICKETS
LISTEN ON SPOTIFY

Should any event need to be postponed, any tickets purchased may be exchanged for tickets to future Beloved events. All sales are final. No refunds. Events will be held rain or shine. Artists and schedules subject to change.